Medaille College is a private, four-year college with campuses in Buffalo, Rochester and online. The College offers associate, bachelor’s, master’s and doctoral degrees in a variety of in-demand fields through day, evening, weekend and online programs. To learn more about Medaille, call 800-292-1582 or visit www.medaille.edu.

Medaille College is a private, four-year college with campuses in Buffalo, Rochester and online. The College offers associate, bachelor’s, master’s and doctoral degrees in a variety of in-demand fields through day, evening, weekend and online programs. To learn more about Medaille, call 800-292-1582 or visit www.medaille.edu.

See and share stories about what Medaille College students are achieving 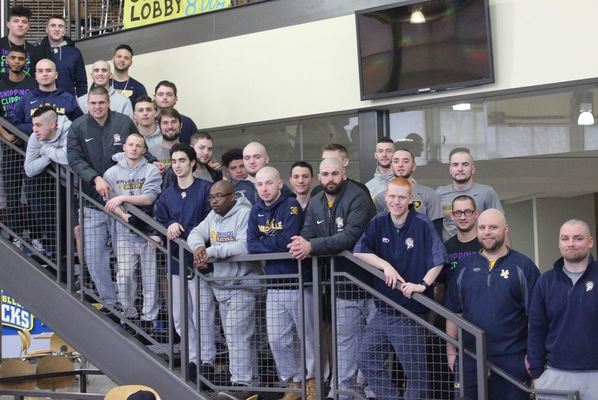 Community Service - 2019 Jul 10
Medaille College Students Complete Service Project With Black Rock Riverside Alliance
Medaille College students, led by those in Adjunct Professor Joseph Chimera's MGT 175 course, initiated and completed a service project with Black Rock Riverside Alliance during the fall 2018 semester. Black Rock Riverside Alliance (BRR Alliance) is a nonprofit organization that strives to improve the lives of people living and working in the Black Rock, Riverside, West-Hertel and Grant-Amherst communities. The students completed a project, which included planning and implementing a winter event that focused on the Black Rock community and allowed its families a chance to celebrate the holiday season in ways that they would not have been able to do otherwise. The Frosted Winter Wonderland Celebration was held on Saturday, December 8, 2018. Medaille student Nerissa Williams spearheaded the "Helping Hands Team," who worked to complete the project and developed the motto: "We volunteer to help others." 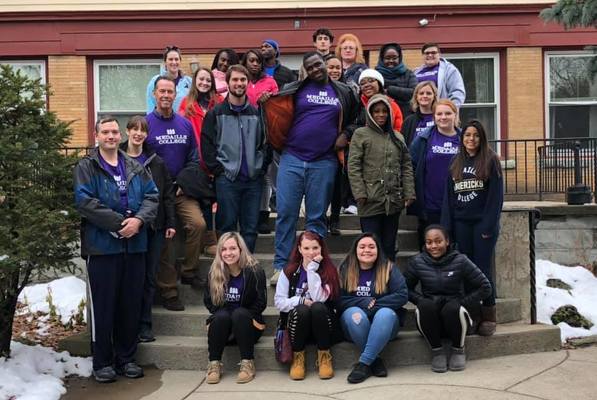 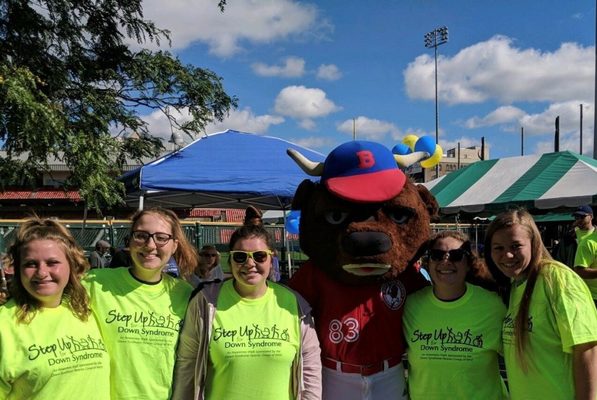 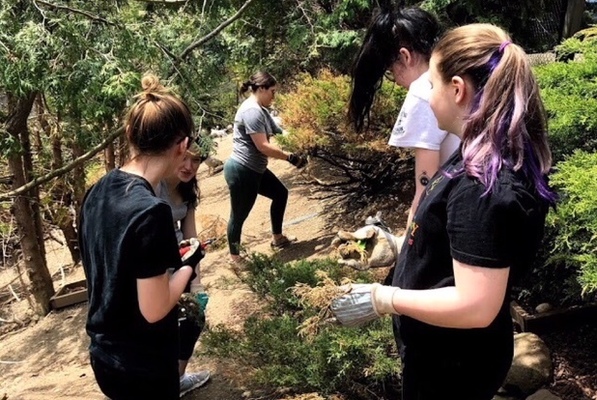 Community Service - 2018 Jul 18
Medaille Student Brittney Schechterly Helps Train Labrador Retriever for Guiding Eyes Program
Medaille College student Brittney Schechterly recently helped train a Labrador Retriever named "Alan" for Guiding Eyes for the Blind, a nonprofit organization that provides trained dogs to people who are blind or visually impaired. Before starting as a trainer, the process involved an interview and extensive pre-placement classes. Schechterly received Alan in December 2016 as a six-week-old puppy. Weekly and then monthly classes followed. Finally, on March 18, 2018, Schechterly drove Alan to Yorktown Heights, NY, so he could begin training school. "I said goodbye, but stayed to watch his training test. The test lasts about 15 minutes and is held in front of a small audience and a panel of judges. Alan passed his test and impressed the judges so much that they put him on breed evaluation, which means he could be used as a stud to breed other future guide dogs." Schechterly takes great pride in Alan's performance, and the role she played in his success: "No matter what career path he chooses, Alan has made me so proud. I look forward to hearing about his progress throughout the next few years." One of Schechterly's professors at Medaille, Bernadette Clabeaux, Ph. D., says no one is better suited to be a trainer than Schechterly. "Brittney is an excellent student with a compassionate heart," Dr. Clabeaux says. "Her work with Guiding Eyes exemplifies her kindness. I had the privilege of watching Brittney practice her training skills with Alan and watched the connection between them grow over this year."
BS

Community Service - 2018 Jun 7
International Students Complete 'Read to Me Project' With the Recourse Council of WNY
International students in two classes at Medaille College recently partnered with the Resource Council of Western New York on a community-based learning project. As part of the "Read to Me Project," each Medaille student read a book and created a craft with a child during the after-school program; each child who participated went home with a book and the craft he or she made. Medaille students in assistant professor Lucy Czesak's Advanced College Writing for Multilingual Students course (ENG 202) included Juan Montoya, Pablo Ballesteros and Inmi Wi. Students in assistant professor Ping Zhu's College English-as-a-Second Language Conversation course (ESL 110) included Mingshuo Wang, Yunseon Choi, Bobae Nam and Mohamed Maalim.
MM
PB
JM
IW 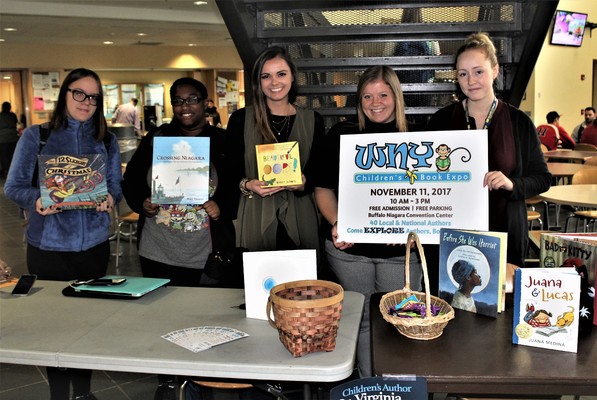 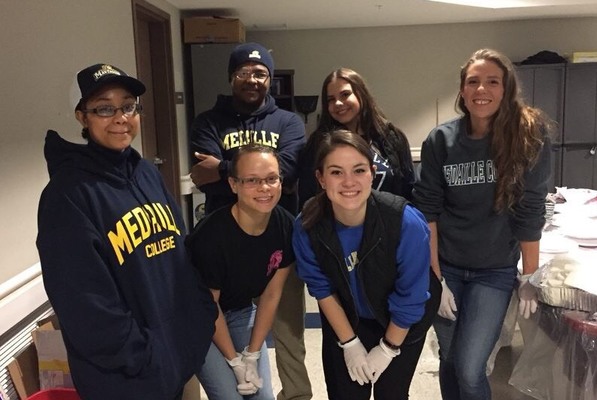 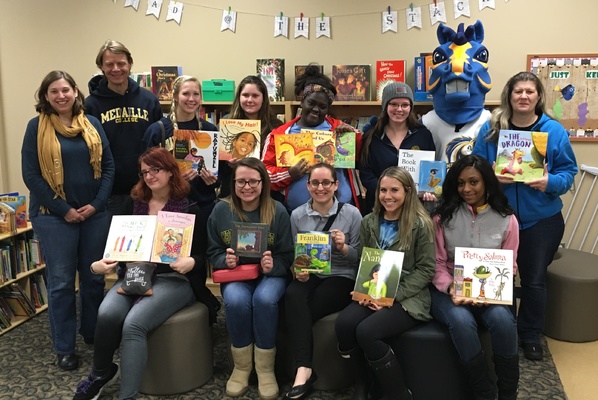 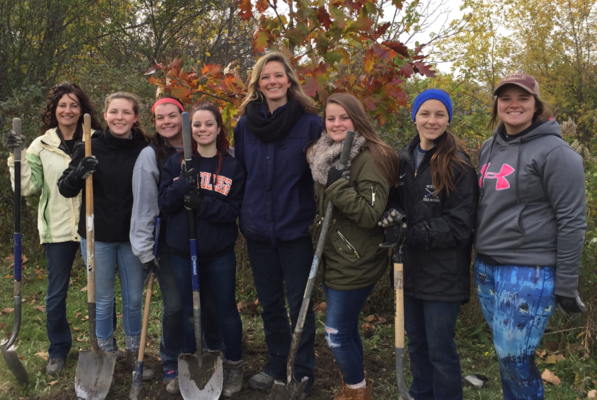 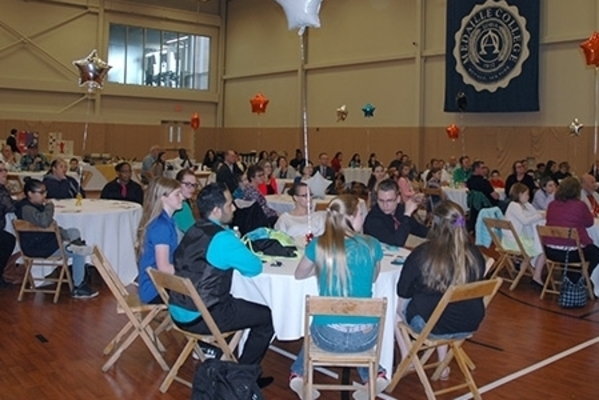 Medaille Celebrates Another Year of Science in Bloom
Medaille students, faculty and staff came together with students and families from the Valley Community Center on May 1 to celebrate another year of Science in Bloom. The program aims to foster a lifelong interest in science and allows students to develop a contextual understanding of science using a continuum of learning experiences that engage students in scientific inquiry. Science in Bloom takes place on Medaille's Buffalo campus and at the Valley Community Center. Youths have the opportunity to dissect specimens, journal, develop questions and discuss answers under Medaille students' guidance. The following Medaille students participated in the program:
MM
KM
EG
VM

Community Service - 2017 May 22
Medaille Student Kellie Grant of Buffalo, NY, to Serve on Niagara Frontier Reading Council Board
Kellie Grant, a student in Medaille's master's in elementary education program, was recently inducted as an officer to the Niagara Frontier Reading Council (NFRC). She will serve in the role of corresponding secretary for the 2017-18 academic year. The mission of the NFRC is to promote literacy education, encourage professional development and provide community service that fosters literacy within Western New York.
KG 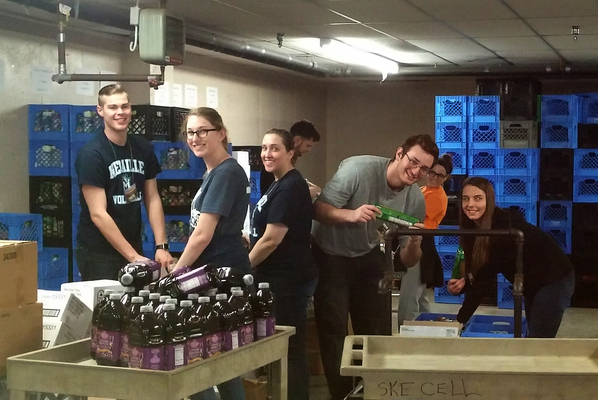 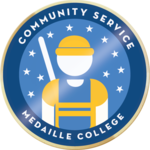 Medaille Students Develop Innovative System for Local Nonprofit
As part of a Community-Based Learning Project, students in Medaille College's Management Information Systems (MIS240) class partnered with Back to Basics Outreach Ministry to automate the organization's paperwork. The local nonprofit provides emergency shelter to those in need, and then submits monthly vouchers to the Department of Social Services for reimbursement. The following Medaille students worked with instructor Susan Swinarski to develop a new system to take this process from paper to an electronic format: